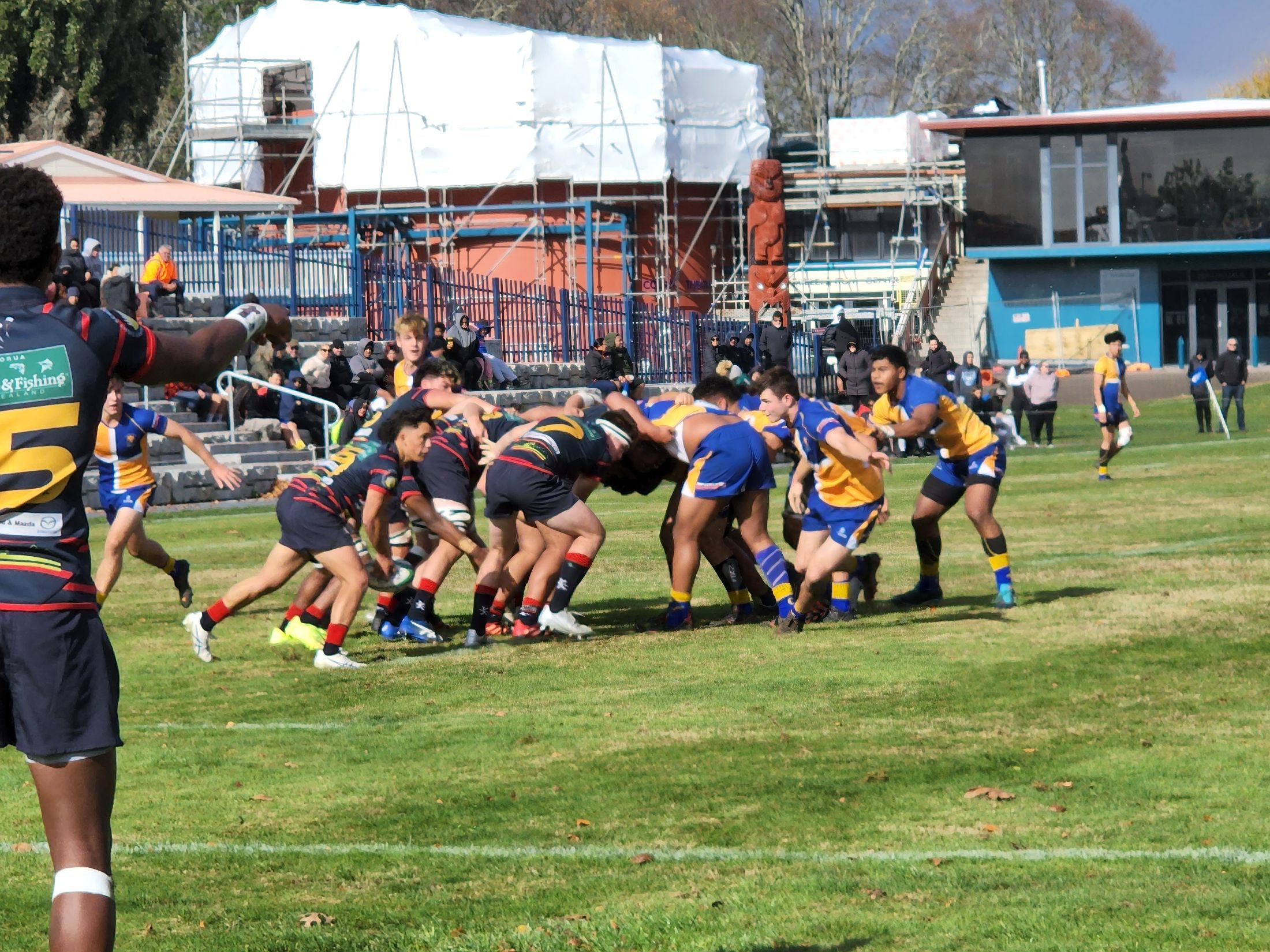 It was an historic day for the Ray White sponsored SJC 1st XV this week with the schools first challenge for the Moascar Cup against a strong Rotorua side.  This is a very strong team, ranked No 1 school in NZ according the Secondary School Top 200, and it was a privilege to be offered a challenge this year.

Into a strong wind that sometimes gusted to 60km/hour we weathered an early storm and hit first with two sideline tries to lead 10-0. RBHS hit back to lead 12-10 and the game oscillated with some great tries to SJC and a couple of rolling maul tries to RBHS. With about 10 minutes to go SJC hit the front 29-26 but RBHS rallied and took out the game 40-34. SJC definitely had chances to win and will probably look back on this as a lost opportunity. The feedback from RBHS was that this is one of the best backlines they have seen and we could tell that the crowd really got into the game and enjoyed it. Great support from the Tron and we now look to getting stuck into the CNI comp.

Special mention to Wesley Curulala and Jack O’Brien who destroyed RBHS midfield. Liam McPherson had a great game, captained the side well and definitely led from the front. A big day for all of the boys, coaches, management and parents. There is some real pace and skill in our outsides, so come along next week to watch us at home on our mint new No. 1 field against Lindisfarne.

The Moascar Cup is the oldest and most prestigious trophy in NZ School Rugby. It dates back to the end of World War One, when British, New Zealand and Australian soldiers camped at Moascar in Ismaila, Egypt and formed the Ismaila Rugby Union as they waited for ships to take them home. A Cup was organised, and mounted on a piece of wooden propeller from a shot down German aircraft. The New Zealand Mounted Rifles Unit and Depot won the competition, losing just one of their ten matches. The Moascar Cup came home and was given to the New Zealand Rugby Union to be used as a challenge trophy for secondary schools. Over 100 years on from the end of the war, it has become one of the most coveted prizes in First XV rugby.